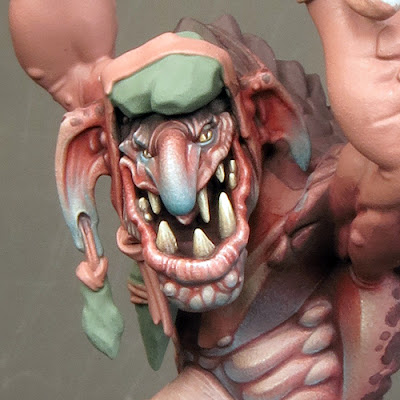 When Games Workshop (GW) released their new plastic Rockgut Troggoths I knew straightaway that I would paint one. For one thing I wanted a painting project to work on while I was engaged in the construction of my Nurgle tank. An even better reason is my forthcoming weekend at Element Games and these models are perfect for a painting workshop. But, in truth, the main reason these models grabbed my attention was that one of them was an old friend! 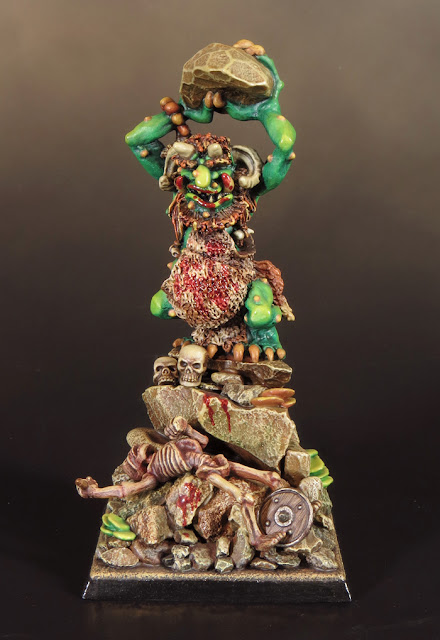 Believe it or not I’ve a great liking for Trolls and in my early years of painting I built up quite a collection. That reached a climax of sorts in 1987 when I entered my most recent Troll into the Golden Demon and won Gold in the monster category. That particular Troll was poised with a rock over his head ready to hurl it at some poor unfortunate. It’s a model that’s cropped up, in one form or another, a few times over the years and the latest incarnation is included among the new Rockgut Troggoths.

I’m very fond of my old Troll and even though I painted him a long time ago I can remember doing so quite clearly. I think that’s because I began to develop the approach to painting that has, ultimately, led to my current style with this model. This is the first model painted by my adult self and, although I had a long way to go, it has the foundation of what was to come in terms of materials and techniques! As with my Nurgle Tank I thought it would be an interesting, and fun, project to revisit this ‘old friend’ and see what I would do with him in 2019 compared to 1987.

The new model is plastic and compared to the old metal mini that makes a world of difference. Once again GW have knocked it out of the park with the sculpt. Unlike the old mini the new ones are multi-part and require construction. Prep is my least favourite part of the process but it’s crucial because any corners cut during prep will come back to haunt you during painting. The new models have multiple assembly options that can create a surprising range of variants! The down side of this is that the assembly is a little more involved than I like. 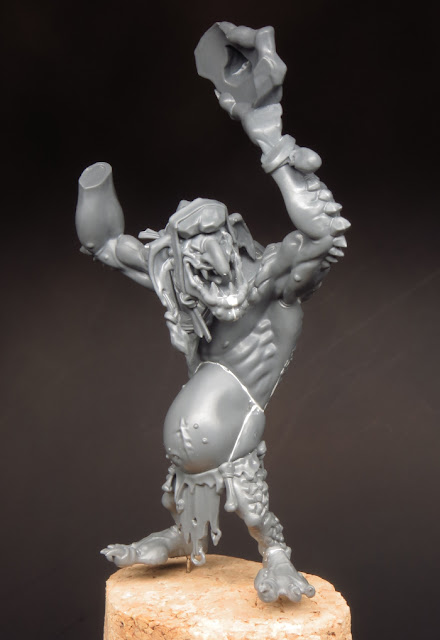 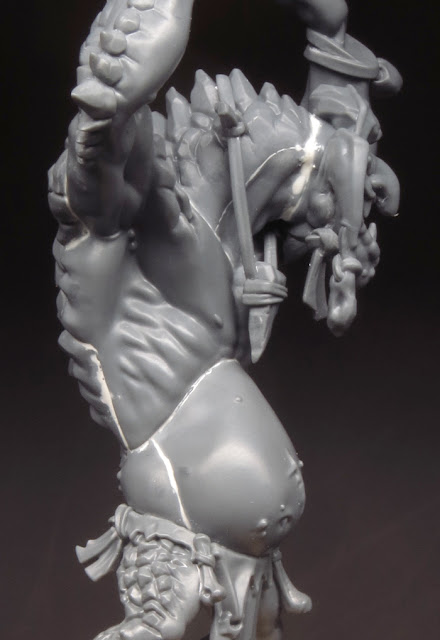 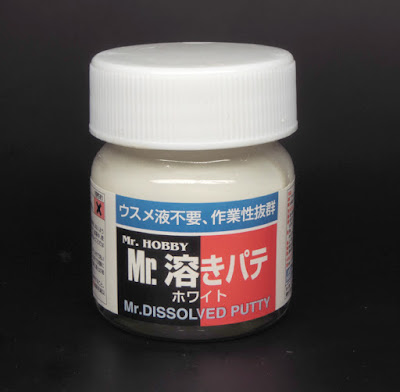 The kit had quite a few seams to fill although none were especially difficult. GW had managed to put most of these in the creases and natural seams between the various parts of the model. I decided to use Mr. Disolved Putty to fill the joins and, once sanded, it did the job admirably. A liquid filler can be a bit messier to use than a putty, but it's easier to get it into fine gaps. With all the prep done my Troggoth was ready for some paint, so I had to make some choices about a colour pallete!