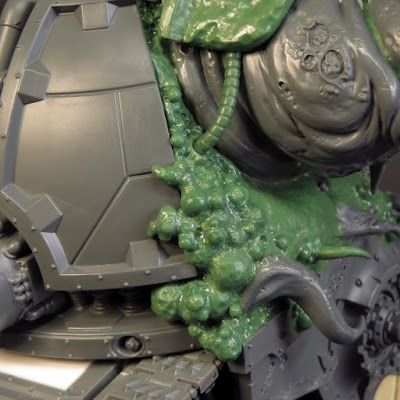 It’s been just over a year since I last posted anything about my Nurgle Tank Project. I had, of course, no idea of just how turbulent and troubled that year was going to be and all my, and everybody else’s, plans were turned upside-down! However the Tank was not forgotten and the project was on hold while other things took priority. It’s been sat on my desk all that time and I’ve often given it some serous consideration. Not least while painting the Kastelan Robot because I can now confess that the focus on extreme dirt, damage and decay that I put into the Kastelan, was in preparation for painting my Tank.

But before I can get (finally) down to painting the Tank I have to finish building it. This involves resolving the back of the model and, although I had a vague notion that it would involve chimneys and an engine, I was uncertain of exactly how to proceed. In truth I was dithering!

The answer was to break out the blu tack and experiment with the parts I was considering. My initial option was to have two chimneys bursting out of the Tank’s back as shown below. I liked this very much but it didn’t feel quite right. 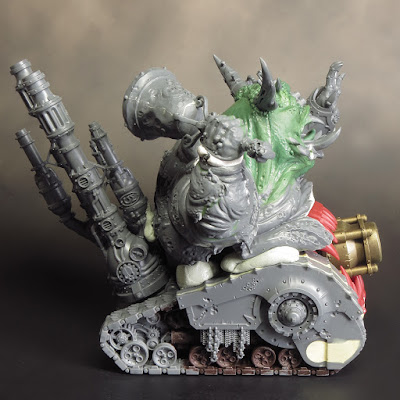 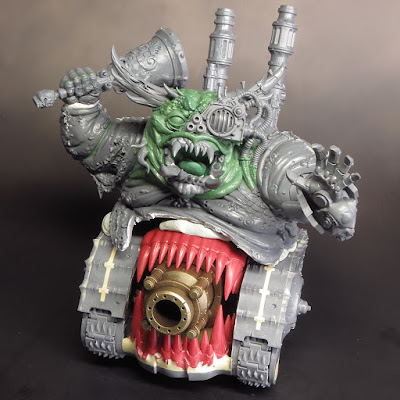 I definitely wanted to use the chimneys but I also wanted to have a bit more of an engine element to the rear. My gut feeling was that, in addition to the chimneys, I wanted some sort of exhaust and something that looked like it might be a fuel tank or boiler. So I continued to experiment with a combination of elements some can be seen below. 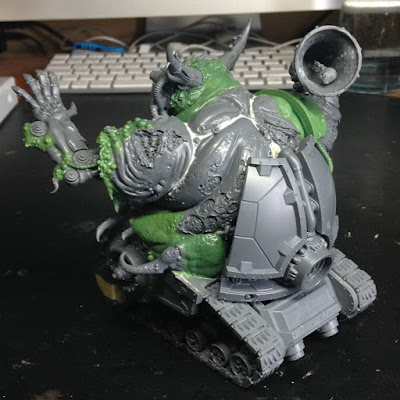 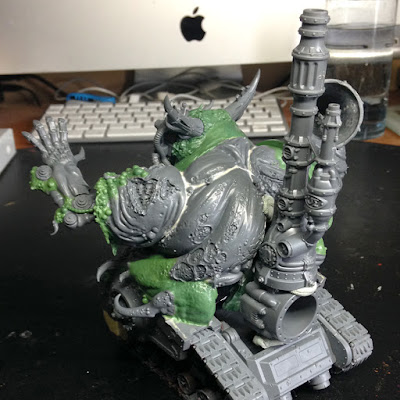 The part I chose for this was a section from a dome in the Alchomite Stack kit. I’d considered this part right at the start of the project but thought it too big to use. Now, with more of the model constructed, I could see how it would perfectly match the existing curvature of the body I was building. But with this element selected the chimneys would now be far too big and bulky. The solution was to cut the chimneys down into smaller elements. 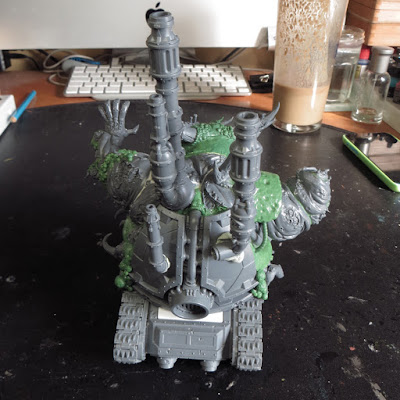 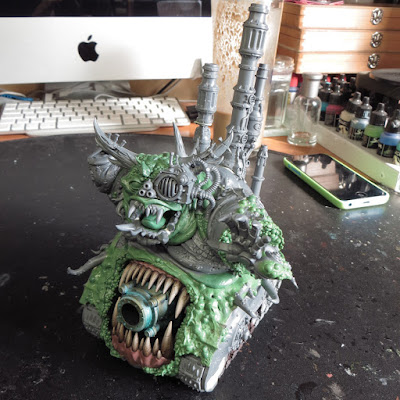 The cut-down chimneys are, in my opinion, a better fit with the new back section. The two large chimneys have become three smaller ones and I prefer the asymmetrical arrangement, which creates a more interesting composition of the elements at the back of the model. Three is, of course, a very Nurgle friendly number!

With my choice finally made I got on with the job of putting everything together properly. To do this I had to cut away a large section of the back using my Dremmel. This was an unpleasant job and had to be done very carefully to avoid cutting away too much material. However, the cautious approach paid off because I managed to achieve a near perfect fit.

Rather than trying to create some sort of smooth transition between the flesh and the metal, I decided upon a bubbly molten sort of texture for the flesh where it’s engulfing the engine section. This matches other parts of the model and keeps to a consistent palette of textures. 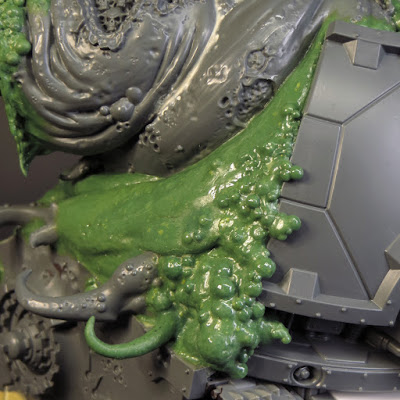 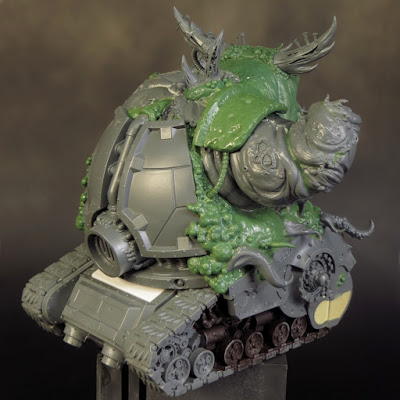 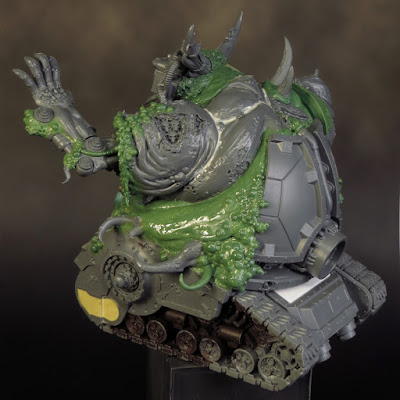 That’s where I’m now at with this model. The next step is to incorporate the chimneys and, although it’s likely to be a fiddly job, I’m looking forward to it. After a long hiatus Project P30 is rolling forward again!