It isn’t easy being green!


July was a strange month with life in general being busier than it’s been for a long time. On top of all that the hot weather was not conducive to long hours of intensive sculpting. That might lead you to expect a declaration (or confession) that not much has happened with my tank but I’ve actually made slow steady progress. 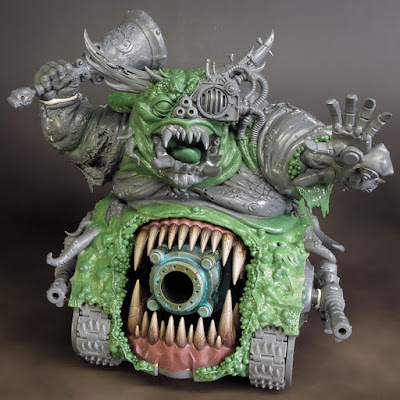 The stop start nature of recent work has not been much of a problem because, when working with Greenstuff, I like to proceed in stages allowing each application to harden before I add another. I’ve found that sculpting a large mass can result in a squishy mess that resists my attempts to sculpt distinct forms and volumes. Greenstuff seems to work best when used in moderation over a firm foundation.

I’ve found it important to understand that Greenstuff changes in nature as it cures. When first mixed it’s very soft and sticky but over time it becomes firmer and less sticky. This means that, although hard to sculpt, when first mixed it will adhere to a surface very well. It is also soft enough to blend edges with the surface it has been stuck to. However, in order to sculpt Greenstuff with any sort of defenition, it has to begin the curing process. As the Greenstuff becomes firmer it becomes easier to create crisp forms and details.

Put simply using Greenstuff successfully is all about timing! Understanding that you can do different things with it at different stages of curing is vital. Otherwise you might as well try and sculpt with chewing gum!


With the teeth and cannon painted, and in place, I needed to sculpt the edges of the belly maw. I decided some time ago not to sculpt lips, and make a literal mouth, but rather to sculpt a ragged mutated wound in which the belly maw had formed. This seemed to be more in keeping with the asthetic of the current GW Nurgle range and appropriate to the model I was creating.
I wanted to create a blistered, bubbly texture and use this as a boundary between different areas on my Demon Engine and, most especially, on the edges of the belly maw. The bubbly texture is also partly inspired by the texture of microbeads and that seemed most appropriate for a Nurgle model of my own creation!

Creating the bubbles is a fairly straightforward two-stage process. First of all I roll out lots of balls of Greenstuff. It’s important to vary the sizes in order to give the bubbly texture an organic look. Then, while the greenstuff is still sticky, I place the balls into position and then leave them to harden. It’s easier to do control the overall look if you do this in several stages, allowing each stage to firm up before you apply the next. 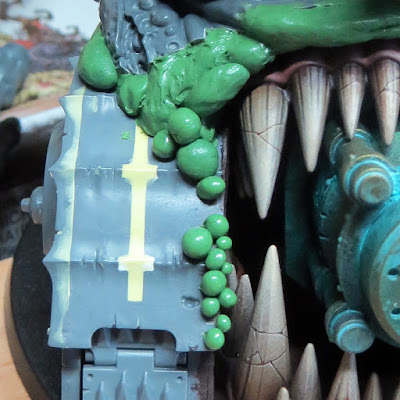 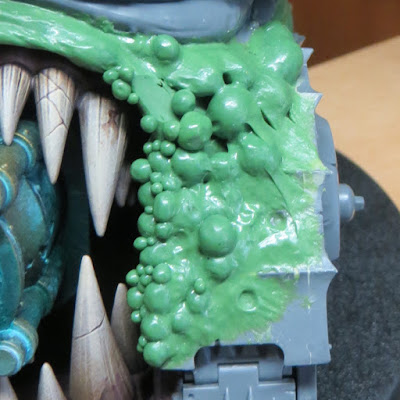 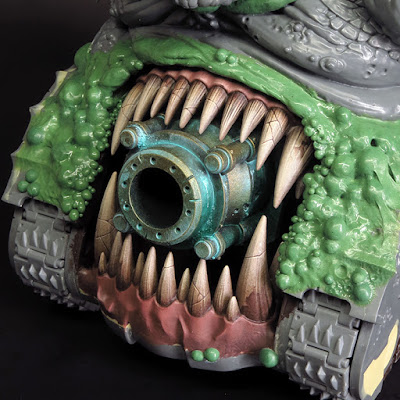 Once the balls are fully hardened I push soft Greenstuff between them to fill the gaps and create a unified surface. Then I use a silicone tipped sculpting tool to work the greenstuff further into the gaps and smooth everything together. This last step is carried out as the Greenstuff becomes a little firmer and less sticky. Filling the gaps, to a greater or lesser degree, will create a more varied and interesting texture. 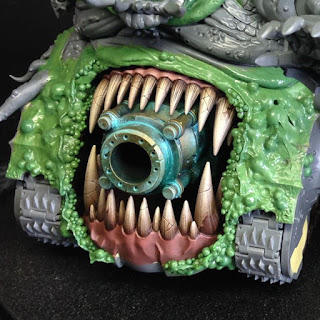 
With the belly maw done I turned to the left shoulder and here I wanted to add a shoulder guard. This was built from a section of a plastic shot glass covered with a layer of soft and sticky Greenstuff. I sculpted the shoulder armour using a metal ball ended tool when the Greenstuff began to firm up. To stop my sculpting tools sticking I use a little water. Once the Greenstuff was set I cleaned up the edges with some wet sandpaper and fixed the armour piece into place using a blob of greenstuff. I then built up the shoulder to fill any unwanted gaps between it and the armour. 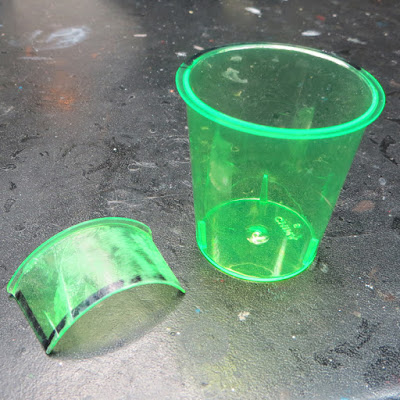 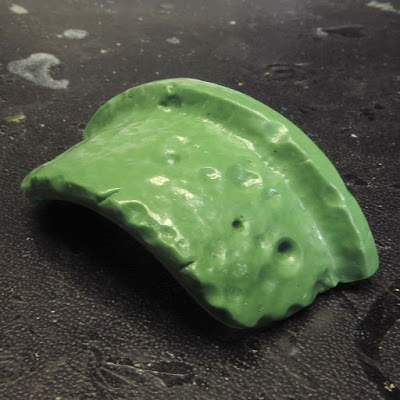 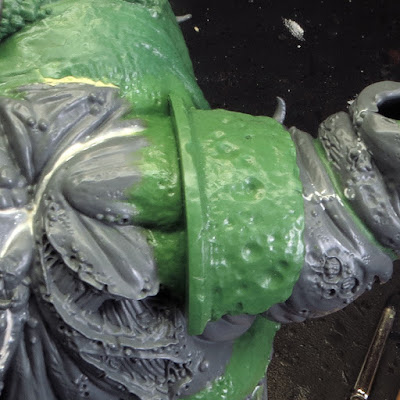 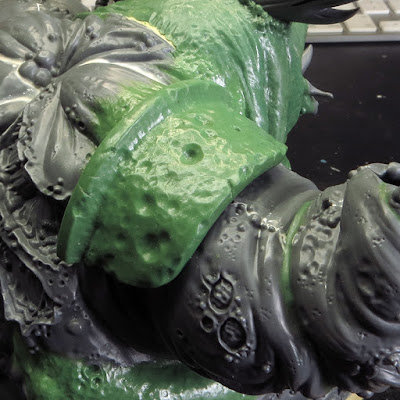 
The Daemon Engine is starting to come together and now looks more cohesive and complete. The only major parts left are the left arm and the chimneys growing out of it’s back. After a little consideration I decided to tackle the arm next so I have glued the mecha arm into place and begun work on the transition between the organic and mecha parts. Once again I’m using the bubbly texture and will combine this with lose tatters of hanging flesh. 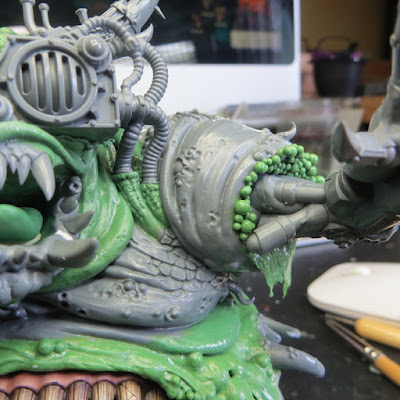 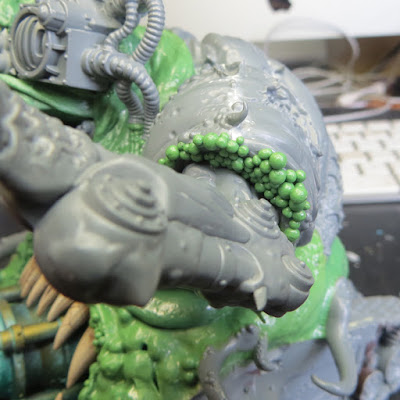 My final pic for this post is just a quick snap but I know quite a few of you are curious to see my old and new Demon engines together: 30 years do make for quite a difference! 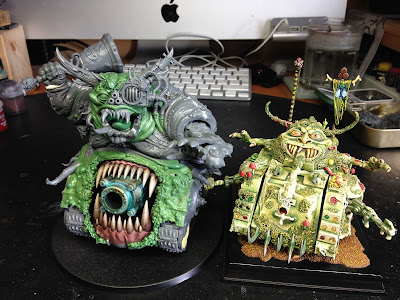