The Nurgle Tank remains my main project and that’s likely to be so for the best part of 2020. However, I’ve decided to stick with painting my Troggoth for a while in order to get him finished. That way I’ll have at least one finished mini to enter into some of next year’s competitions.

The Troggoth is gradually coming together and painting is well past the halfway point. I’m happy with the flesh tones so most of the remaining work involves finishing up the limbs and attaching (seamlessly!) the rock and hands.

But one area remained unresolved and it’s been bugging me! That’s the loincloth and it proved to be quite important to the overall scheme. My initial thoughts were to paint it as some sort of animal skin, possibly patterned with stripes. To that effect I blocked in some brown tones, but I instantly regretted it! 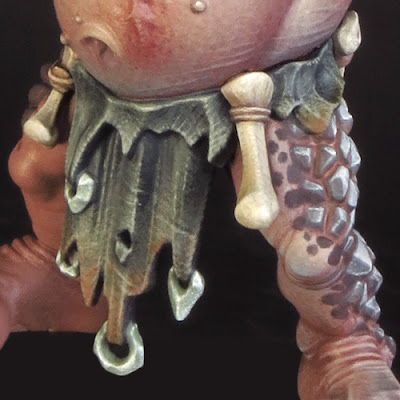 The brown was far too close to the overall tone of the skin. Some contrast of colour and tone was very much needed here! After further consideration I decided to use a cooler and darker colour for the loincloth. My choice was a dark cool grey with a subtle green hue. 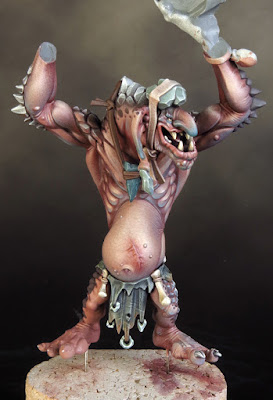 Although it contrasts with the warm flesh tones the green hue will tie in with the rocks and boulders working as a part of the overall scheme. My base colour is a mix of Vallejo Dark Sea Blue and Scale Colour Black Leather. This is a very useful mix that I discovered when I was painting my Tomb King. By varying the proportions of the mix it’s possible to get either a cool or warm dark neutral tone. 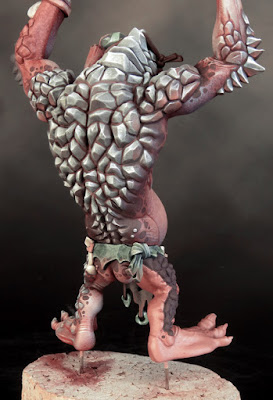 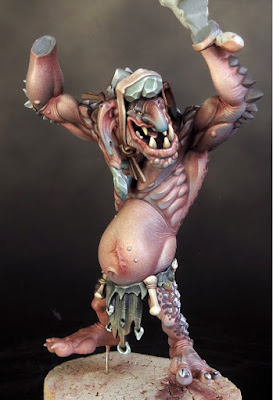 To highlight the loincloth I added Scale Colour Field Grey to the mix and worked up to pure Field Grey. I finished off with a little Rakarth Flesh and Field Grey for the highlights. Field Grey is an interesting shade as it was a subtle green hue that adds some low-key colour contrast to my overall scheme.

I was instantly more comfortable with the result so I pushed on and worked a little texture into my painting. I didn’t want to overdo this but rather create a subtle look of worn and battered leather. To further the idea of hard use I added some orange/brown to the bottom edge of the loincloth. After all I don’t imagine a Troggoth’s loincloth would stay fresh and dainty for very long!


The final touch was to paint the bones that are tied to the loincloth and here again contrast was key. Obviously the lighter bone colour would stand out against the loincloth but there were other factors to consider too. The highlights on the bones, and teeth, are warmer than the highlights on the rest of the model as I used Flayed One Flesh rather than a Rakarth Flesh and white mix. Once again I had to keep the contrast subtle but it helps to make these details pop out.

The loincloth may be a relatively small detail but it gave me the opportunity to introduce some colour and texture contrasts to the model, I think it successfully contributes to the Troggoth’s overall impact.

Sproket did Troggoths in Nottingham. 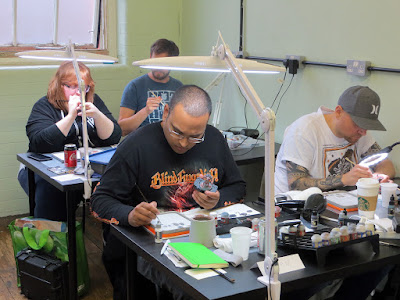 I can’t believe it’s been almost a week since my Troggoth workshop in Nottingham, how time flies! The run up to the weekend was busy as I checked through my workshop notes making sure that everything was still up to date and relevant. Even a tried and tested workshop needs to be kept current and this was only the second time I’d done Troggoths. Having said that it’s become my favourite workshop to run because the Troggoth models are perfectly suited to the topics I like to teach.

On the Friday before the workshop I was able to indulge in a long held wish. I finally got to see the Slayer Sword Winners board at Warhammer World with my name immortalised in glorious wood! It was something I’d never got round to seeing for all the years it was on display with my 1990 win fourth on the list. When I won my second Sword in 2013 I thought my chance had come and, even better, I’d have my name at either end of the list. But before I could manage to get to Warhammer World the boards were removed as part of a refurbishment. It’s an unimportant thing really but I felt gutted! So I was delighted to hear that the boards were back and updated so that all five of my Swords were there. I know that gloating is not an admirable quality but I did allow myself a few moments, after all it’s been a long wait. 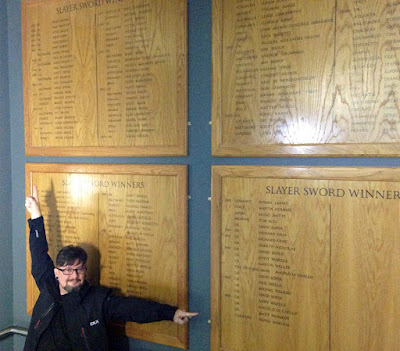 Saturday and Sunday were the workshop days and I had a full programme of teaching to get through. It was a busy two days for all and the time flew by incredibly quickly. That was helped in no small way by the venue. Lead Belt Studios is a fairly new venture but the venue and set up were ideal and facilitated a friendly and informal atmosphere that added a lot to the experience. On Sunday, in particular, with everyone relaxed and in full swing, there was a lot of (mostly) hobby related chat.
I’m not going to go into great detail about the workshop myself because Ross over at the Fauxhammer.com has written down his own impressions of the weekend. He has said some very nice things about me but my main reason for sharing (honest) is that I think it’s more useful and interesting to get the views of a workshop attendee rather than my own. 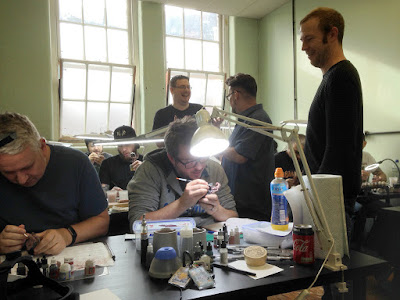 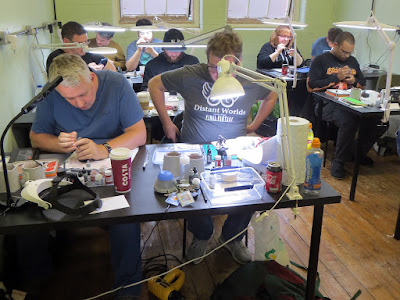 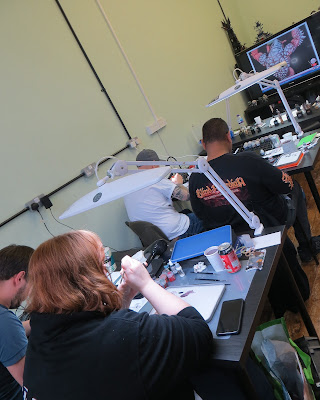 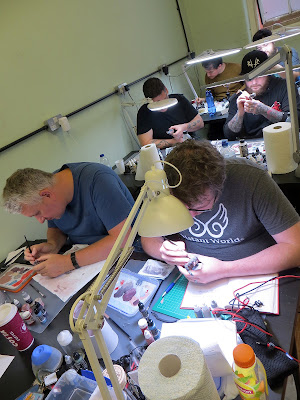 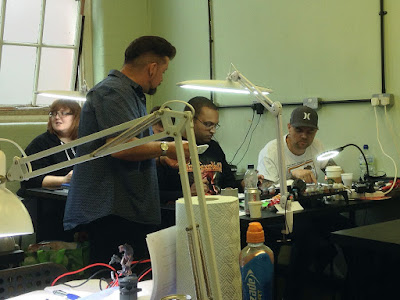 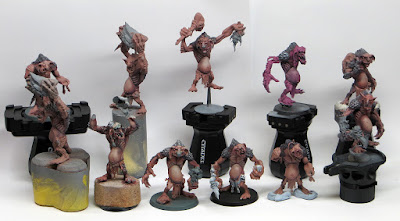