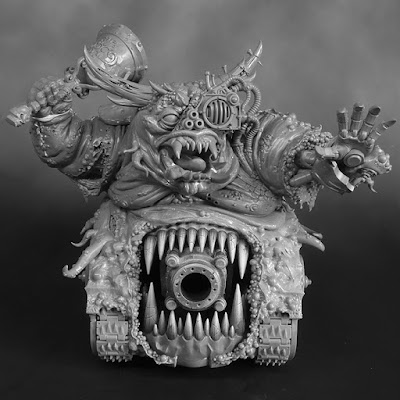 Every project has it’s steps and stages. Sometimes these are very obvious but at other times they may exist only in the mind of the artist. Either way they give a project structure and the feeling of progress. I’ve always worked this way myself because the habit of breaking a project down is, in my view, essential! In particular it helps when working on a large project, like my Tank, the scale of which could easily become off putting. Those thoughts of ‘this is getting nowhere’ can all too easily destroy momentum and enthusiasm, bringing everything to a grinding halt.


I’m happy to say that such has not been the case with my Tank. I’ve set myself achievable goals by regarding this project as a series of distinct steps. That has given me a sense of progress and accomplishment, even though there is still very much more to do. That’s been invaluable because the most recent stage of development has been long and involved. I’ve had to keep on sculpting away in order to resolve the body and pose. It’s one thing to have an idea brewing away in your head but quite another to see it realised. 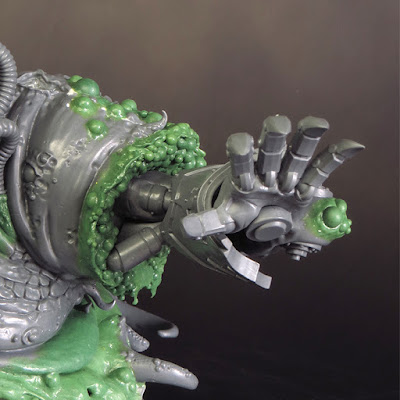 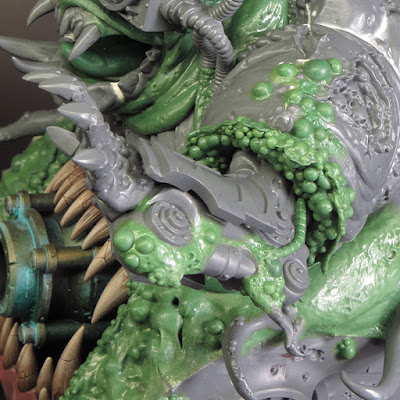 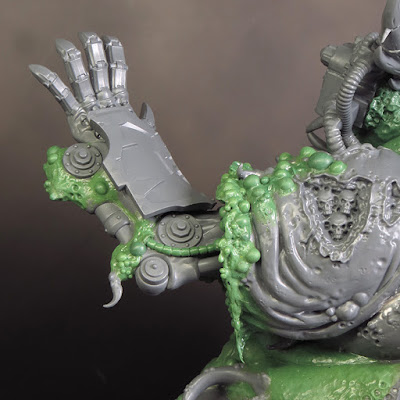 Although this part of the project could be divided into smaller steps, like the belly maw, I’ve had to stick at it to make sure all the parts work together. But, with the completion of the right arm, this overall stage is done! It now feels as if the bulk of the sculpting is accomplished and my initial concept is well on it’s way to being realised.

I recently discovered that, if I convert my pictures to black and white, the colour difference between the grey plastic and Greenstuff disappears. Tonally they are identical and it’s a great way to view my conversion and sculpting. With the distracting colour difference removed I can better judge my progress. 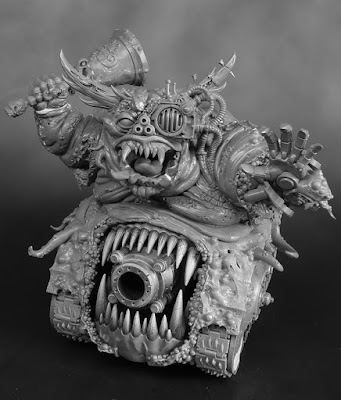 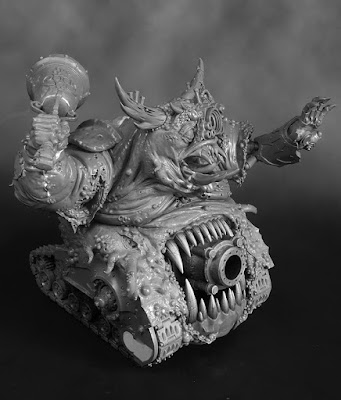 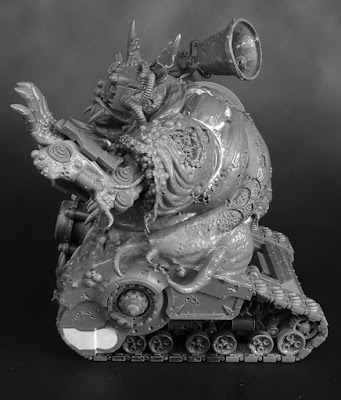 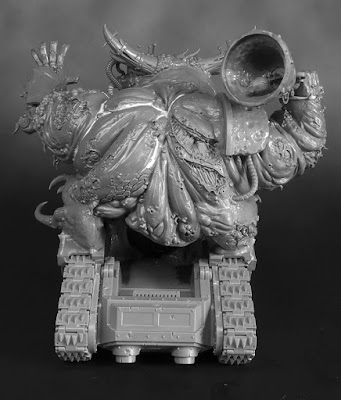 I’m well aware that the last stage of the sculpting is likely to involve a lot of hard work. I need to resolve the back of the model and the union of the chimney/spine with the rest of the model. This is a key part of the concept as it’s an area that will feature a merger of biological and machine elements. But I’m very much looking forward to getting to grips with it as I have some ‘interesting’ ideas.

However I think it’s time to take a break from the Tank for just a few weeks. The project has reached a natural breaking point and I think It’s important to sit back, and take stock, before I move on to the next stage. That will also give me some time to get back to my Rockgut Troggoth in preparation for my upcoming Workshop in Nottingham. To tell the truth I’m looking forward to doing some painting after all that sculpting!