Looking back... and forward.

About his time last year I’d reconciled myself to a less productive 2015, at least in terms of the number of minis I’d get finished. I decided to concentrate on quality and enjoy myself obsessing over Gutrot Spume. Gutrot was painted with an eye to entering the Golden Demon competition, whenever that happened; and I’d resolved to quite literally push the boat out for him.

As it turned out 2015 was a far more productive year than I had predicted! After a slow start, Gutrot came together and was finally finished in September. I’d already taken time out to paint Mole, but once Gutrot was done, I switched up in scale to paint Commodore Borgossa, and most recently Abalam Prince of Hell. I also started painting a unit of Plague bearers as part of the preparations for my Weekend Workshop in Cardiff. 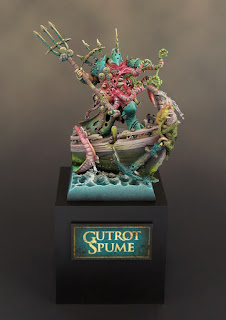 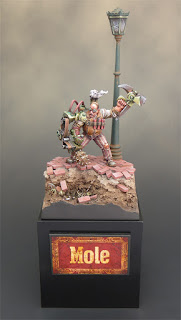 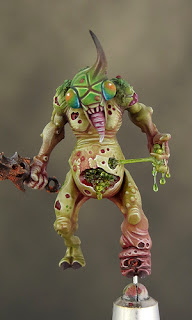 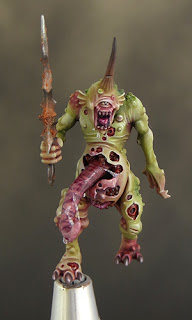 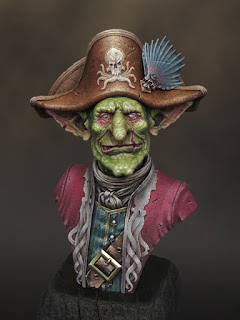 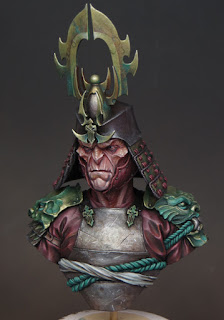 And now we finally have a date for the next Warhammer Fest and the 2016 Golden Demons! Sunday, May 15, at the Rico Arena in Coventry. It’s been a long wait!

With Abalam finished, all bar his plinth, I am turning my attention to the next project. I was going to paint another mini for Salute (April 16) and then return to the unit of Plague bearers, but the Golden Demon announcement has changed everything. The Plague bearers have jumped right back up to the top of my painting priorities. Remembering 2014’s last minute Haemonculus, I want to try and complete them without putting too much pressure on myself.

Project Nurgle is all GO….again.
Posted by David Soper